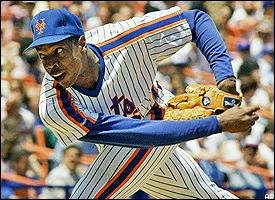 It took 20 years for someone to admit it but here it is!

DN: You managed one of the greatest young talents the game has ever seen in Dwight Gooden, who went 24-4 as a 20-year-old. How do you feel when you think about his career, and his life after baseball?

DJ: Unbelievably sad. The biggest shock in my life in baseball was in the spring of 1987, when he came into my office and said, “Skip, I’ve got a problem. I’ve got to go to drug rehab.” I said, “You’ve got to be kidding me.” Doc was like a son to me. He was the first one to the ballpark every day. He was always happy. I just couldn’t believe what I was hearing.

The thing with Dwight is that he meant no harm, but he couldn’t say no – to his guys from his hometown. He didn’t want to feel bigger or better than anybody else.

DN: He was a good pitcher after that 1985 season, but never the same pitcher.

DJ: Never the same. I blame it on the drugs, and I also blame it on the delivery change they had him make. I don’t even know where the orders came from, but they didn’t come from me or Mel Stottlemyre. They wanted him to shorten his delivery, lower that big high leg kick and not turn as much. Sure, he could be run on, but they could run on (Greg) Maddux, too; did they change his delivery? To this day I regret even going along with it.