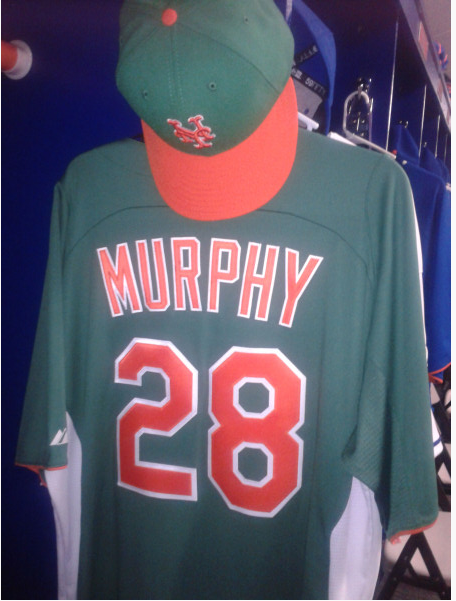 Hey gang, an annual tradition here at MPHQ.   This year it is near and dear to me in light of some awful decisions made recently by T7L and New Era.  So  let’s take a look at some of the green Mets stuff from over the years.

We begin with the Green Murph. 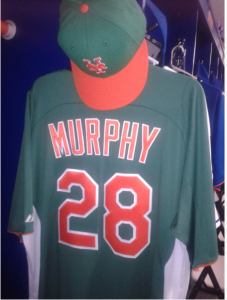 That’s one of my favorite jerseys as the late Shannon Forde looked out for me and I was able to purchase it through her help.  There weren’t too may of these. 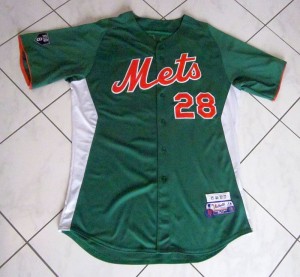 The one above is not mine, but actually Nick’s.  Nick is not messing around. He also has the Kid 8 patch on his 28 who emailed me a few jersey pics.

Nick really brought his A game. Here is a 1985 version via Mitchell & Ness. If you don’t know who 18 was on the 1985 Mets then you are in the middle of the wrong post for your level of nerdiness. 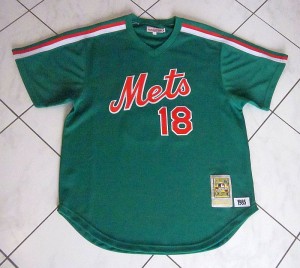 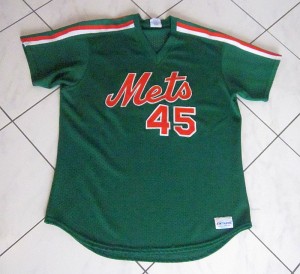 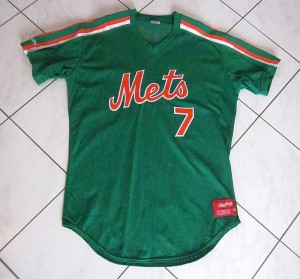 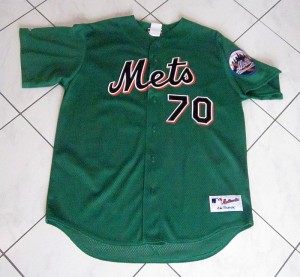 And finally Nick has this 2008 style. I think I boycotted these or wasn’t in jersey-mania mode yet. You know who #5 was right?  (Sad, this sentence used to ask who #5 IS not WAS.) 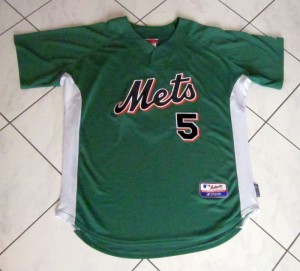 This next one wasn’t an on-field one, but it’s back from when the Mets did Player’s Choice jerseys (those were cool fun) and this is one of my favorite possessions which I got for $30 in the team shop the year Murph was out and you Ike Hypers thought we’d never see Murph again. 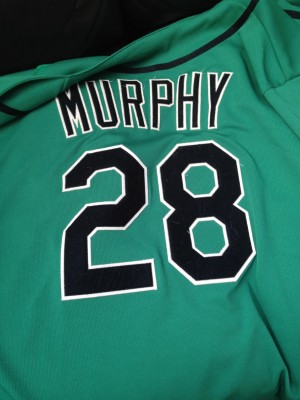 You can see the cool front here… 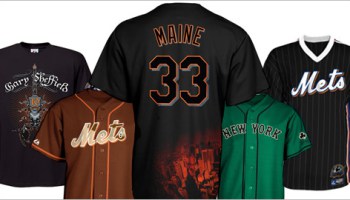 Here are some Mets caps from over the years.

The first one is boring.  The second one is just stupid. Blue brim?

The third one is the issue for me.

The Mets had discontinued this one, but this year The7Line, with a New Era logo on the cap – so SOMEONE approved this thing, brought it back. 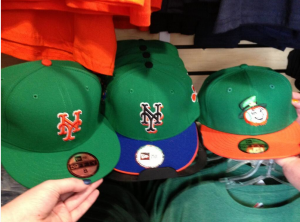 Now we well discussed this about a month ago, but the short version is all that belt buckle cap stuff that y’all thing is “fun leprechaun” is based in the hatred of 125 years ago, and the Irish being portrayed as below.   I see no reason for this to be associated with the Mets.  I wrote at length about this subject here if it interests you. 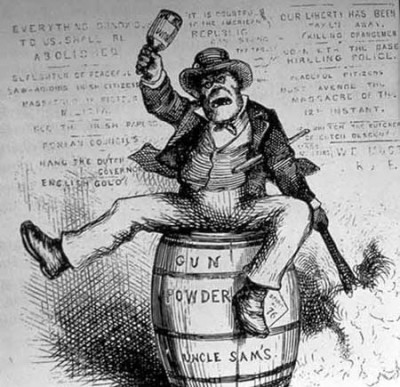 Again, good job by the Mets moving away from that ill-advised stunt cap and bad job by The7Line and New Era from bringing it back.  Interestingly I believe T7L even went out of the way to make use a new color – I’m not 100% sure on that last point, but all the images I have saved do not have this type of green. 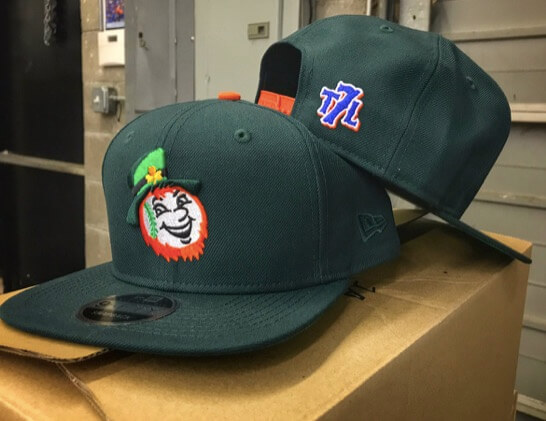 This next one was the boring 2016 cap. A league wide template and everyone gets white on green. Zzzz. 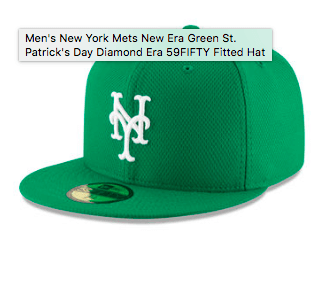 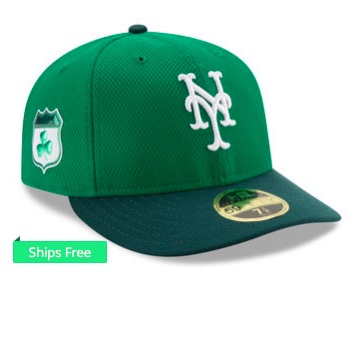 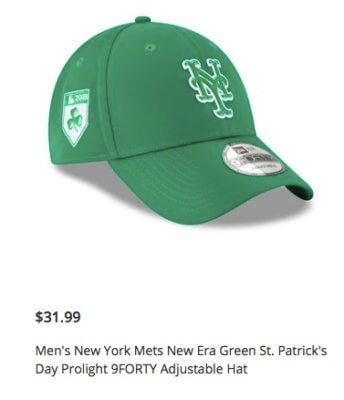 At the time of this writing I am not sure what will happen on-field, but this is the 2019 design that the MLB shop is pushing. 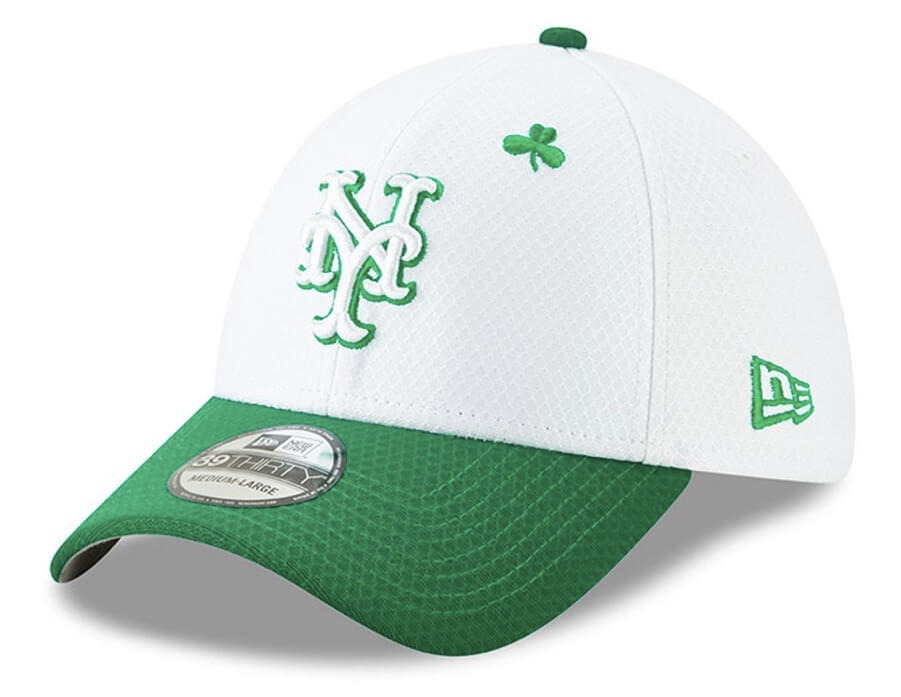 Here’s my not-inexpensive Green Reds Seaver.  I don’t think I have worn it, maybe once, because I am afraid to get it dirty. 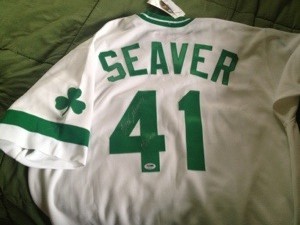 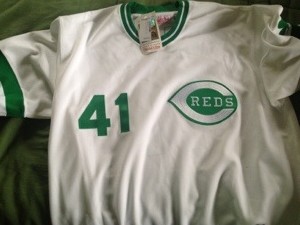 Here’s a screen grab I took in 2015 including the horrible Mr. O’Met.  Again, for those of you who get mad why don’t you imagine what that cap would look like on say Cinco De Mayo or Chinese New Year and tell me it’s still cool. 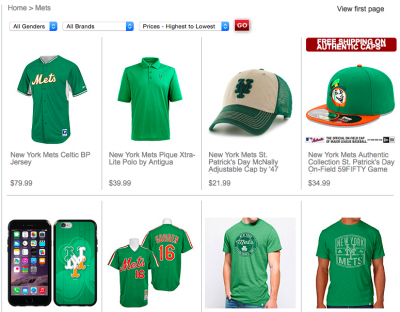 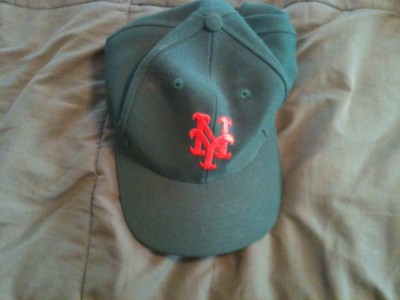 And here’s probably the best of the Irish caps.  The Irish hybrid.  And yeah that’s Regis Philbin! 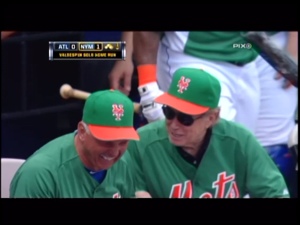 I typed “green” into my own picture index and found this jacket! 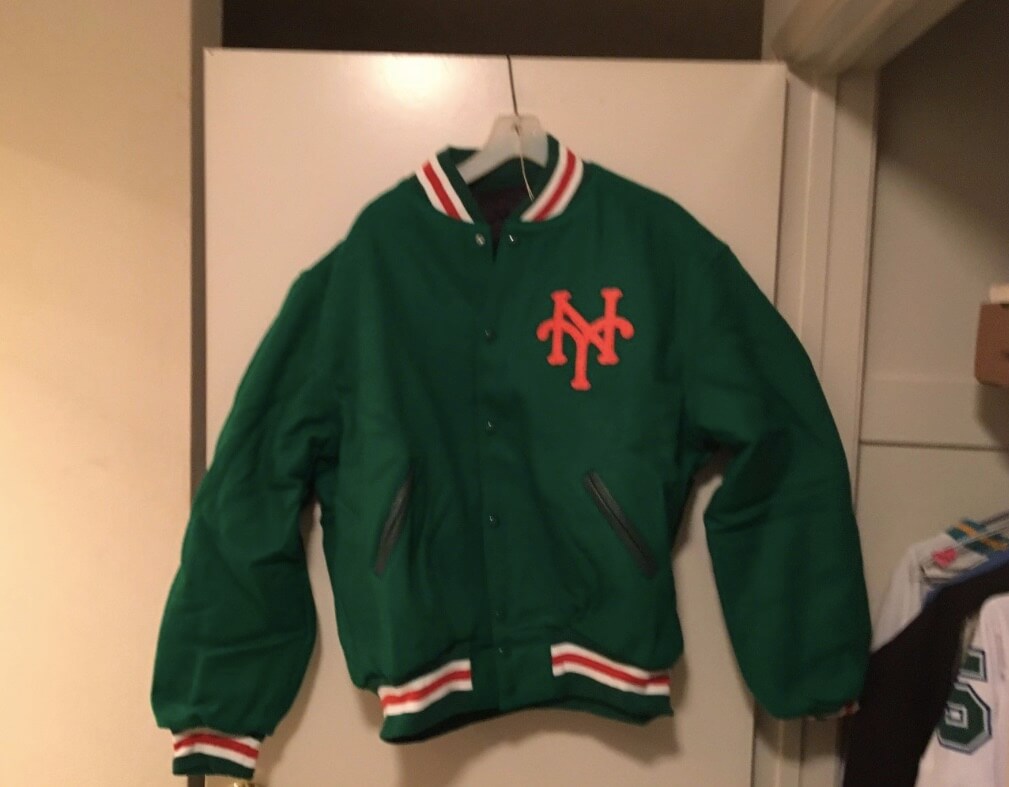 Happy St. Patrick’s Day, and remember, one or two beers can be cool.  Eight is silly.  And don’t embarrass my Irish ancestors by acting like a buffoon, and never perpetuate hatred trying to make a buck.