Skip to content
Still Even More Pics Of New Yankee Stadium courtesy of Sliding Into Home.   I share one, you click the link to see the rest.
http://slidingintohome.blogspot.com/2009/01/129-new-stadium-photo-update.html 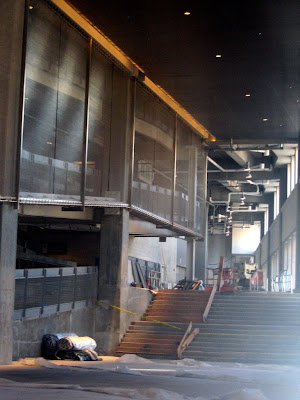 There has been some talk in Metsdom lately of the Hernandez curse. Surely it’s been mostly from bloggers looking for something to write about on an otherwise cold quiet morning. Clearly there is no Hernandez curse, but I am here to tell you about the Lee Mazzilli curse.

Lee, as you all know, is the golden child of the late 70s and should have had a 15 year run in center field but no they had to give the job to that Mookie guy and trade Lee away for some ‘prospects’ that essentially wound up being Darling and Hojo.

Off to Pittsburgh. No championships for them since they released him in 1986.

Meanwhile the Mets had put together a good club, but they couldn’t get over the hump. So they brought Mazzilli back in 1986. Bingo, championship.

When Lee returned, sure-fire future Hall of Famer Dwight Gooden was now wearing Lee’s old #16. Doc offered it to Lee, but Lee being a gentleman wasn’t going to take the hall of famer’s number. That was Gooden’s biggest mistake – and the curse of Lee Mazzilli led Doc to drugs and a ruined career.
On to Toronto in 1989. When did the Mets start to suck? That’s right, right around 1989! The Jays finished first, and Lee knowing he had taught the Jays how to win knew he could retire and leave the Jays on their own to win two world series.

In his post-playing days Lee was coach for Joe Torre, who saw the magic expire after Lee left the coaching staff following the 2003 series. Joe tried to bring the Mazz magic back in 2006 but it was not meant to be.
As for the Orioles, the only curses stronger than the Mazzilli curse are those in Chicago and the curse of Peter Angelos. No force can help with those.

Mets Police fully support Jerry the Gangsta, but he would be wise to ask Lee to suit up in a #16 and sit next to him and end this 23 year drought.

Sent via BlackBerry from T-Mobile 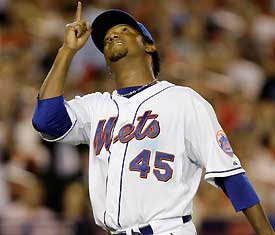 Oh no!   Mlb.com is reporting that Omar Minaya was in the Dominican Republic and met with Four Inning Pedro.

There’s no purpose in having Pedro on this team.  If Omar is going to take a long shot on someone let’s try it with someone who won’t chew the bullpen every fifth day.

http://zellspinstripeblog.com/2009/01/28/new-yankee-stadium-construction-photo-update-3/
Please visit www.metspolice.com and help stop black uniforms.
Newsweek just posted an interview with Torre which you can find here:
http://www.newsweek.com/id/181957
The most interesting thing to me is Joe’s take on steroids:
I never saw evidence of anything. I saw home runs go way over the fence, so there were questions you always ask. I guess I didn’t want to believe more than not believing. Without concrete evidence, it was tough for me to go and question somebody. I had a job to do, to put a ball club on the field, and the last thing I wanted to do was to throw a monkey wrench. Whether I wasn’t strong enough or too naÃ¯ve, I just wanted to stay out of somebody else’s business.
We all “knew.”  From McGwire to Brady Anderson to Bonds to Clemens it was clear something had changed in the game and in the sixe of the players.  For that reason it’s silly to keep these folks out of the Hall of Fame.  Baseball enjoyed getting rich along with the players, it’s lame to turn our backs on them now.  The last thing baseball wanted to do was throw a monkey wrench.   Congress did.
Please visit www.metspolice.com and help stop black uniforms.