Total credit to the Uni Watch Blog, but this is so crucial to the issue of the hideous black uniforms that I had to share it. Please check out their blog every day, it’s great.

Fortunately, Mets announcers Gary Cohen and Keith Hernandez provided an extended session of uni-related banter yesterday, and it was almost pink-free. Their discussion was prompted by the fact that the teamâ€™s local broadcast affiliate has been running an internet poll to let fans vote on the Metsâ€™ all-time best uniform. Good poll, topic, right? Or it would have been, if they hadnâ€™t limited the choices to very small sampling of the various designs the Mets have worn over the years. Anyway, the discussion was actually pretty good â€” letâ€™s listen in:

Keith Hernandez: I know what my pick would be.

Gary Cohen: What is that?

KH: I love the Metsâ€™ old road uniforms. We had to wear those darn ones with the handwriting. Remember, the â€œNew Yorkâ€ handwriting?

KH: I must say, I get jealous whenever I see this team out here, the present Mets, when they go on the road and play in the old-fashioned Met uniform. I never got to play in that uniform. Theyâ€™re beautiful.

GC [who apparently either doesnâ€™t notice or doesnâ€™t care about black drop shadows]: Theyâ€™re a classic. And I like this pinstripe, the one they wear now, as opposed to the one they wore right at the beginning of the Mets, which did not have the numbers on the front. Itâ€™s always a bit disconcerting to me to see the uniforms with no number on the front. But these are perfect.

GC [who also apparently wasnâ€™t listening to what Hernandez had said a few moments earlier]: Well, the worst ones were the ones with the script â€œNew York.â€ Remember those?

KH: Look at that Astro uniform behind, there. That was a stinker. [Helpfully telestrates the uniform in question, just in case anyone is missing the point.] Look at that â€” what a stinker that was!

GC [chuckling]: But those were their traditional ugly uniforms. I mean, you have to admit, the late â€™70s into the â€™80s was the worst-ever era for baseball uniforms. Probably for fashion in general.

KH: The Padres had a terrible uniform. But I loved the Oakland Aâ€™s uniforms, with Charlie O. Finley. Ronnie [Darling] does not, our colleague.

GC: He didnâ€™t like wearing the white shoes [when he played for the Aâ€™s late in his career]. But there was nothing worse than, say, the Chicago White Sox wearing shorts.

KH: Yes, and how about the Pirates in those bumblebee uniforms.

GC: But the Pirates had those interchangeable ones. They had the black, the gold, and the pinstripes, and theyâ€™d wear them in various combinations.

KH: They were awful, awful. Awful.

GC: Now, everybody today is wearing pink because itâ€™s Motherâ€™s Day. [Camera shows a shot of Cohen, whoâ€™s wearing a pink tie, and Hernandez, dressed in a pink shirt.] Maybe a team needs to go to an alternate pink uniform.

KH: Well, weâ€™ve got to expand to more teams. Commissioner, we need one more team, and weâ€™ll be in pink.

GC: I donâ€™t think you really want that.

KH [about to get seriously stupid]: Why?

GC [alertly heading him off]: And then, of course â€” and you were part of this, too â€” you had the powder blue road uniforms, which you wore with thâ€“

KH [interjecting]: I liked the powder blue with the Cardinals!

KH: I have my powder blue at home, as a matter of fact. I have that uniform. Um, in 1980, the year Whitey Herzog took over the team â€” Ken Boyer was fired mid-season â€” that was when â€” youâ€™re talking about the Mets not having the number on the lower side? The Cardinals that year took that number away, below the cardinal, and put it on our shoulder. [Actually, that was made a year earlier, in 1979, which youâ€™d think Hernandez would remember â€” itâ€™s the year he won the MVP award.] And the fans didnâ€™t like it at all, so they went back to the traditional Cardinal uniform. Actually, the Cardinals â€” I think it was in the â€™40s â€” one year they went to a uniform without the bird on the bat. [1956, actually.] And the fans went through the roof! And they came back the next year with the birds on the bat, which I think is just a classic uniform. As a minor leaguer coming up in the Cardinals organization, you were taught to have great pride in those two birds perched on the bat.

GC: Did they have names?

GC: Donâ€™t you think they should, after all these years?

And then the discussion turned to, you know, things that were actually taking place on the field. All in all, not a bad discussion, and I give Hernandez credit for knowing that the Cards went birds/bat-less for one season. Whatâ€™s more troubling is that nobody connected with the Mets â€” nobody â€” ever acknowledges the evil of the black drop shadows. The road and pinstripe uniforms are routinely referred to as â€œclassic,â€ when in fact theyâ€™re bastardized versions of the originals. Pfeh.

So I wanted to take some time to congratulate the Tampa Rays on having the best record in baseball. it’s been a long hard road for those fans.
What have they learned (that other certain teams could observe):
They decided to go with home grown stars and home grown pitching. They got rid of softball-looking jerseys and have a nice neat classic look.
So hooray for the Rays.

Then I remembered they are ganinging up on the Yankees, and the Rays are in Tampa which is home of the Steinbrenners.

Will we hear from Hank today? We may even hear from George!
And if I have my math right, the Subway Series will include Santana, rain and Maine.
Could be a long weekend for the Yankees.
Back to the Rays. Found a Rays blog: http://www.tampabaysportsblog.com/
And he’s right about Rays fans. Time to show up!
More fans need to show: There should be no excuse now for all of you not going to these games. I realize that I only live two miles from the stadium so Iâ€™m not saying everyone should make it to the same amount of games I do but less than 15,000 for the Yankees? Get off your asses and go people!
UPDATE: well that was quick. Hank spoke to the Post – http://www.nypost.com/seven/05142008/sports/yankees/baby_boss_bashes_bumbling_bombers_110724.htm
“The bottom line is that the team is not playing the way it is capable of playing,” Steinbrenner said. “These players are being paid a lot of money and they had better decide for themselves to earn that money.”
Please visit www.metspolice.com and help stop black uniforms.

>I should be excited. I’m not. You watch the video and you tell me.

In straightaway centerfield, there is a circular opening directly behind the wall. When Wilpon was asked what that was for, he gladly said, “The apple!”

Wilpon did not know whether the existing apple from Shea Stadium will make the move, or whether they will use a new apple. 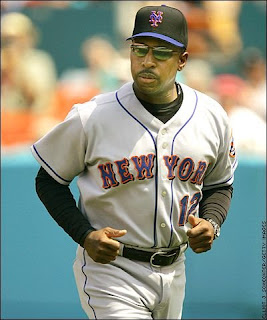 This whole rotation changing thing is silly. Start Santana on his normal rest and just win a game. Willie is right when he says a win is a win. Bank a win on Thursday rather than trying to show off against the Yankees. Who is to say the Mets don’t score 13 runs in the first.

Looks like Willie is being overruled on this one. Not a big fan, but I feel bad for you on this one.

However…I did stumble across something called www.firewillierandolph.com which I haven’t explored yet but I like the name.

My apologies to anyone who got dropped from the blog links on the left. When I switched to the custom url I lost all the links. I am working on getting them back and if you’d like to swap links just drop me a note.

Apparently the Nationals think we are “rivals.” http://www.federalbaseball.com/

Good job out of Maine tonight plunkling Lopez to start the game. I think the Mets are being whiny babies about the Nationals (throw strikes and you won’t get mocked) – but I applaud the team for feeling strong enough about it to do something about it.

Wagner just got the save. Once again Santana & Maine and pray for rain. Switched to the Yankees game (yeah you did too so don’t bust my chops) and I must say the turf at Tropicana is the ugliest in pro sports.

ESPN discusses the new Citi Field, and has even bought the complete nonsense that green seats is a tribute to the New York Giants.

Link below. Nothing you haven’t heard already.