Not sure where he got this hat – it has Yankee coloring, but a Giants logo. (Feel free to correct me.) Maybe he liked both teams. Maybe I’m not an expert in hats.

Good piece in the L.A. Times about one of the great Dodgers of all time.
The great ones should not bid farewell via e-mail. Mike Piazza deserved to tip his cap and bask in the applause, secure in his place as one of the Dodgers’ brightest stars.His place would have been between Tom Lasorda and Sandy Koufax, on opening day, at the end of the Dodgers’ stirring parade of players through the decades. Dodger Stadium went nuts when Koufax appeared, and the place would have gone only slightly less berserk with Piazza in the house.
It is difficult, even to this day, to make peace with the idea that Piazza did not play out his career with the Dodgers, that they traded perhaps the greatest hitting catcher in history — and Lasorda’s godson, no less. The Dodger Way was no more. It is a decade later, and the Dodgers have yet to recover the tradition, the loyalty and the championships.
http://www.latimes.com/sports/la-sp-piazza21-2008may21,0,5245023.story
Please visit www.metspolice.com and help stop black uniforms. 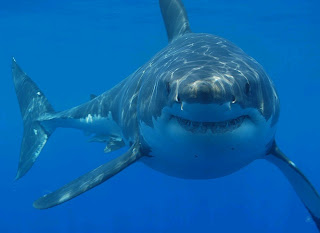 The Willie Watch is on. Paranoid comments and a doubleheader loss don’t make for a good pairing.

Here’s one blog below from today.

Mets Fever: Randolph in trouble with ownership & not for the double header

Plenty of Mets Police posts below on the same subject.

Yankee Watch: I’m kinda fascinated by this 7.5 games out thing. It gets late early.

Sliding Into Home: A Yankees Blog: Will Joe Girardi Please Get Angry says: It’s time for Girardi to step up and truly step in to the role of MANANGER OF THE NEW YORK YANKEES. This is your team, put your mark on it and stop pussyfooting around.

Not sure where he got this hat – it has Yankee coloring, but a Giants logo. (Feel free to correct me.) Maybe he liked both teams. Maybe I’m not an expert in hats.